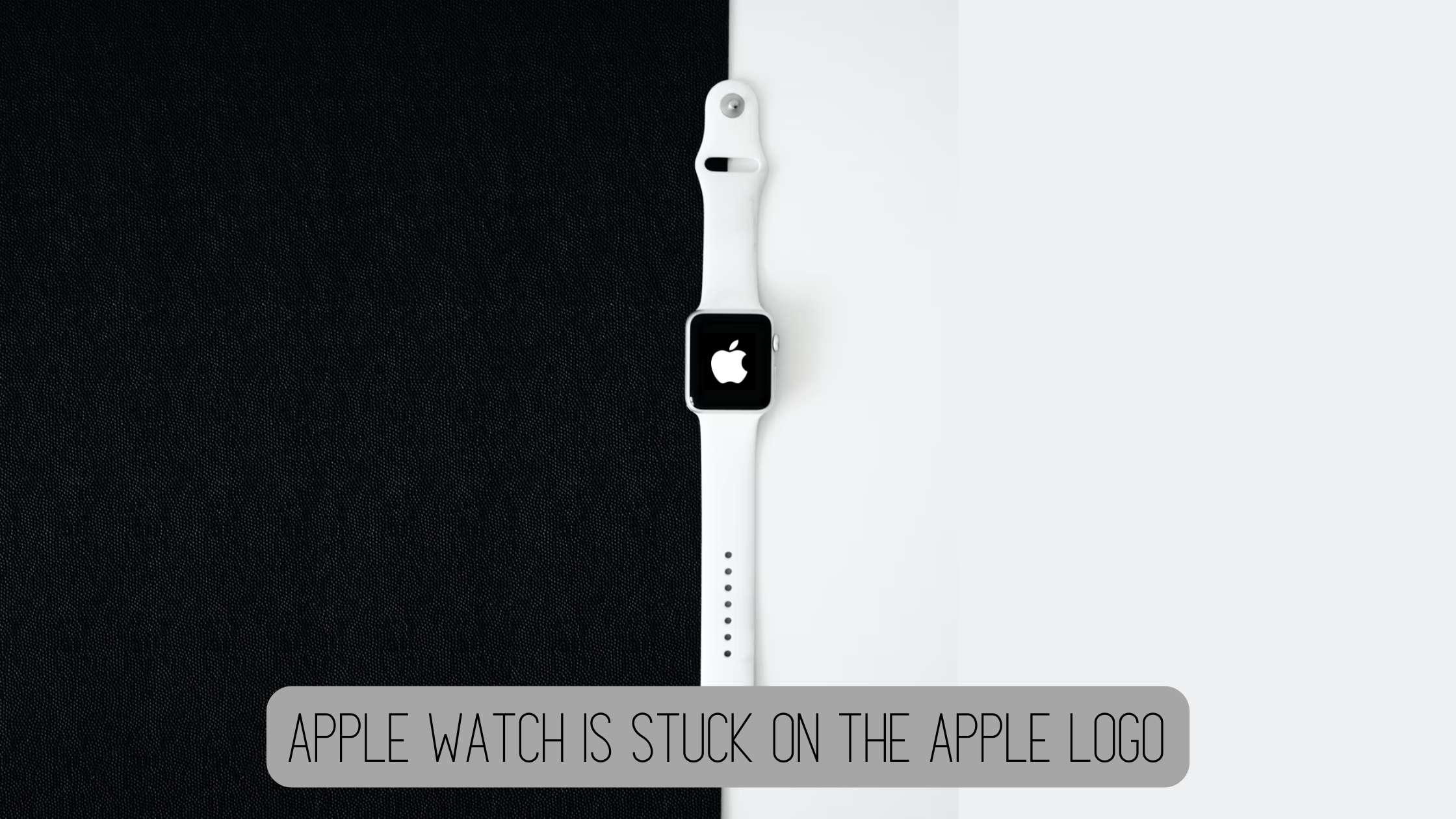 WatchOS, like iOS, has had its fair share of frustrating bugs. The problem that causes the Apple Watch to become stuck on the Apple logo is probably the most irritating bug that many users have encountered at some point.

The black screen of death leaves the watch utterly worthless, prompting you to seek a solution as soon as possible. If you find yourself in this scenario, look at the best ways to fix an Apple Watch is stuck on the Apple logo.

Press and hold both buttons for at least 10 seconds, or until you see the Apple logo, to try to force restart your watch. Make sure to give your Apple Watch some time to start up.

Related: Why Does FaceTime Hang up? How to Fix

Apple Watch is Stuck on the Apple Logo

Before We Get Started

I was astonished at how long it took my Apple Watch to switch on when I initially got it. I believed that my Apple Watch is stuck on the Apple logo on a few occasions when all I needed to do was wait a bit longer.

Why does Apple Watch get Stuck on Apple Logo

Here are some reasons why your Apple Watch is stuck on the Apple Logo this happens:

Place Your Apple Watch on the Magnetic Charger

To get rid of the stuck Apple logo, sometimes all you have to do is place your Apple Watch on the magnetic charger. So, to see if the smartwatch boots up normally, try this approach.

Allow a little more time for the software update/restore to complete.

If you were installing a software update, the watch is most likely not stuck on the Apple logo and is merely waiting for the update to complete before starting up. In this scenario, give the watch plenty of time to complete the update. If the Apple logo persists after a long time, you should attempt one of the actions below to resolve the issue.

If you’ve given your watch plenty of time to update but are still seeing the Apple logo with nothing else happening, you should try deleting the update files. You might not realize it, but the software update files on your Apple Watch can be deleted. Here’s how to do it:

“Did you switch it off and on again?” is a cliche for a reason: it works a lot of the time. When you have random malfunctions and troubles with your Apple watch, such as the watch being stuck on the Apple logo, the first thing you should do is a quick restart.

The current problem could be caused by an Apple Watch that is stuck in the boot loop and fails to move past the Apple Logo screen. In this case, fully draining the Apple Watch’s battery might close the loop and fix the issue.

Your iPhone’s Find My app may be used for more than just finding your loved ones and connected devices. It may also assist you in resolving the Apple watch stuck on the Apple logo issue. True, this is unusual, but many users have stated that it has helped them overcome the same problem, so why not give it a try? What you should do is as follows.

When your Apple Watch receives an instruction to play a sound, it frequently ‘unfreezes’ and resumes normal operation. Don’t worry if this strategy doesn’t work for you; there are plenty of alternative options available. Continue reading.

This one is worth a shot before we go on to the ultimate solution.

Now is the time for the ultimate solution. When it comes to fixing various watchOS difficulties, a hard reset (also known as a force restart) is highly successful.

For a few seconds, hold down the Digital Crown and the Side button at the same time until your Apple Watch starts up normally.

You don’t need to do anything else if your watch has now resumed normal operation. Just take a deep breath and keep going, knowing that you’ve saved yourself a lot of trouble.

Whether you’ve tried everything and your Apple Watch is still stuck on the Apple logo, it’s time to see if there are any outstanding software upgrades. Apple distributes watchOS updates regularly, with speed improvements, bug fixes, and security improvements.

Have you tried everything else on the list but haven’t had any luck? It’s possible that your Apple Watch has to be factory reset. This is an extreme remedy, but it usually solves practically any problem you may have. Furthermore, when you unpair Apple Watch, watchOS automatically backs up your data, so you don’t have to worry about backing up your data.

Hopefully, this will resolve the problem you were having.

If your Apple Watch is still stuck on the Apple logo after a factory reset, contact Apple for assistance. Contact Apple Support as soon as possible, and they should be able to assist you with troubleshooting and bringing your watch in for repair.

Apple Watch is Stuck on the Apple Logo – Conclusion

That concludes the methods for resolving an Apple Watch is stuck on the Apple logo. Hopefully, following the solutions we provided, you were able to get your smartwatch to work flawlessly. If they did, please tell us which approach worked for you, and if they didn’t, please tell us what Apple Support said the problem was and how they fixed it. 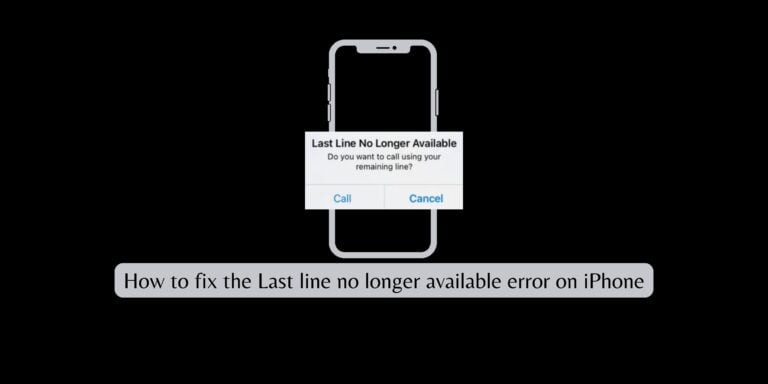 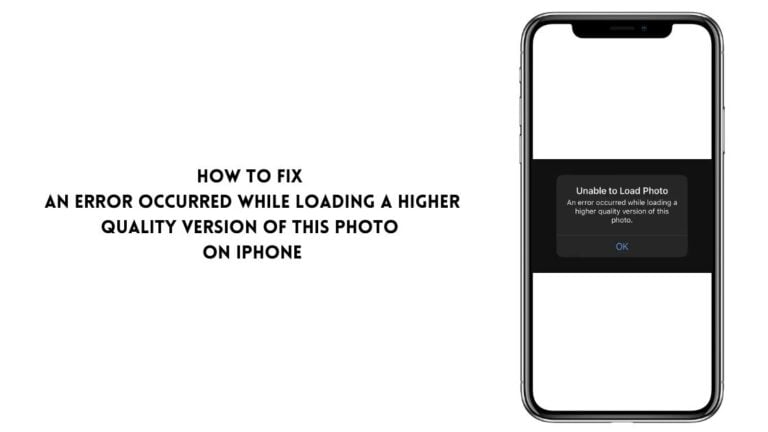 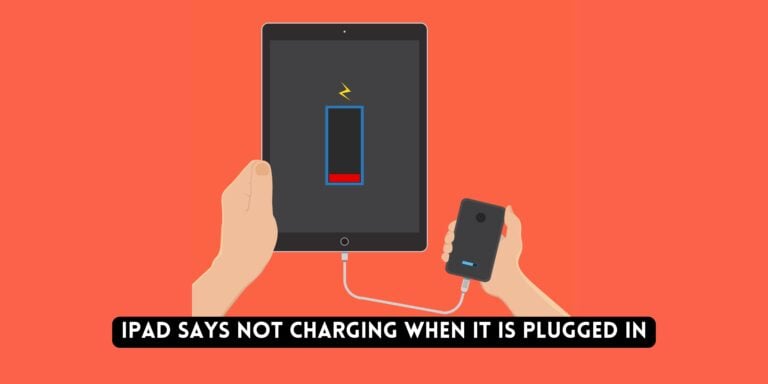 iPad not charging? Check out how to fix when iPad says not charging when it is plugged in. Apple’s devices are incredibly dependable, right up until they suddenly quit working! Our Apple gadgets aren’t flawless, despite their reputation for perfection, dependability, and quality. This happens to everyone. The charger is plugged in, but the iPad… 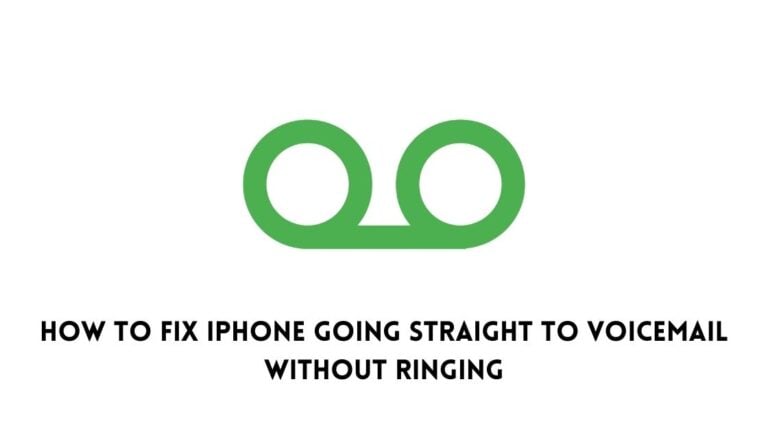 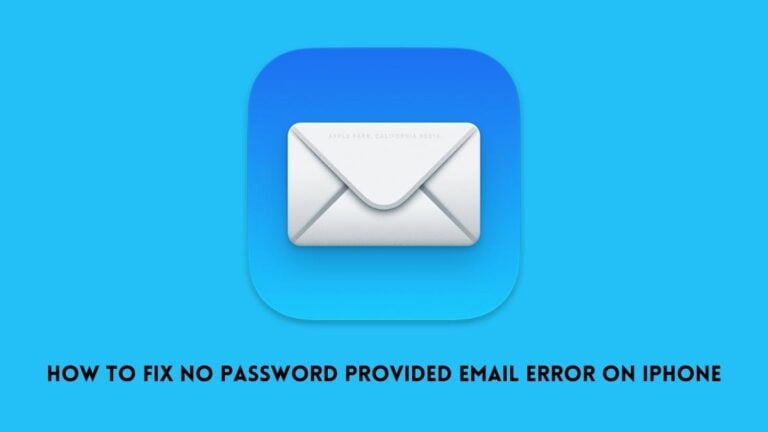 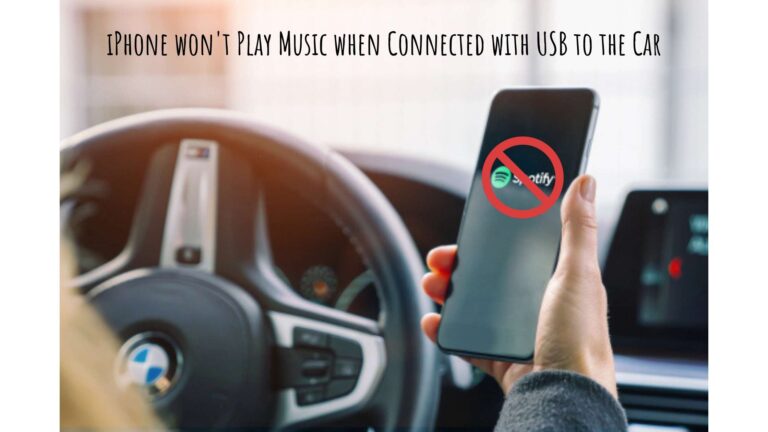 Have issues with audio when your iPhone is connected to your car? Check out how to fix iPhone won’t Play Music when Connected with USB to Car in this guide. When the iPhone is linked to the car stereo via the USB connector, some users have claimed that their car audio will not play music…