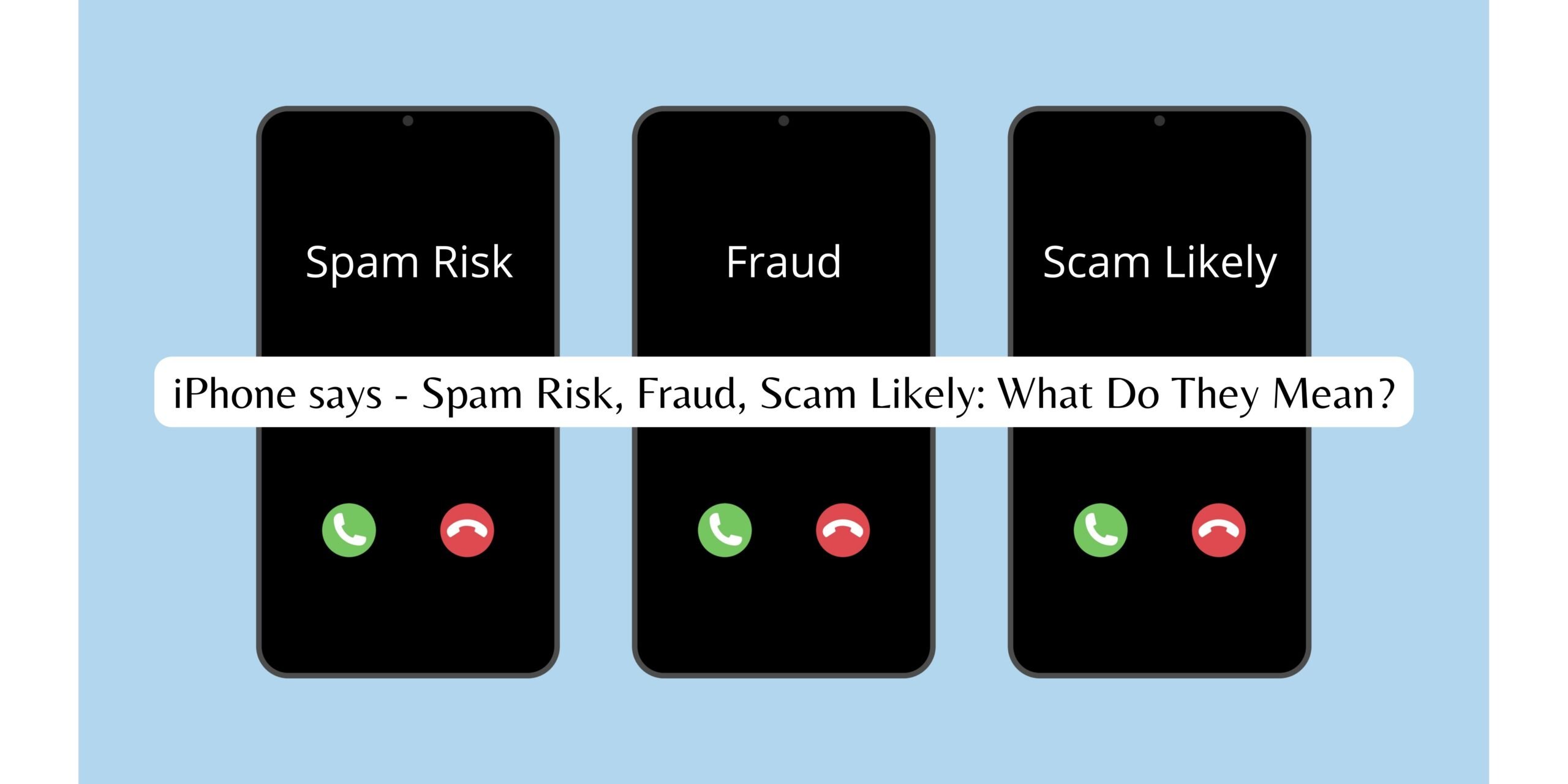 So, is ‘Scam Likely’ or ‘Spam Risk’ calling you? And you might wonder who that is and whether you should answer the phone. It is most likely a telemarketer, a scammer, or a robocall. This is how your cell phone carrier informs you that this is a high-risk, unsolicited call. You should not answer the phone and instead let it go to voicemail.

Related: iPhone System Haptics, What They are, Enable or Disable

What Is Spam Anyway?

In the IT world, “spam” refers to unsolicited communications that arrive regularly.

The term came from a Monty Python TV comedy sketch and was applied to enormous amounts of disruptive messages in early online services, then to unwanted emails on the internet in the 1990s. In the Monty Python joke, a woman in a restaurant is confronted with a menu full of foods produced to a tiresome and repetitious degree with Spam (the food product).

Since then, the term “spam” has expanded to refer to any high-volume unwelcome communication, including phone calls and, at times, real paper mailings. Spam is a scourge of the current linked world, and it is tough to avoid.

When you receive an incoming call and see “Spam Risk” on your iPhone ID screen, it signifies that your cell carrier has already recognized that the call is likely from a fake or deceptive source. In general, this indicates you should ignore the call and not pick it up.

AT&T utilizes the term “Spam Risk” as part of its automatic fraud call-blocking system, AT&T Call Protect, which was released on December 20, 2016. Its goal is to automatically detect and block fraudulent calls (typically in conjunction with a paid add-on service), as well as to detect suspected spam calls.

If you use a different cell phone provider, you may notice labels like “Spam,” “Telemarketer,” “Scam Risk,” “Scam Likely,” “Potential Spam,” or something similar. They all essentially mean the same thing: your cell carrier has flagged the call as potentially spam.

It’s important to note that some spam or fraud calls will leave a voicemail. Just because a voicemail is left does not imply that the call was real.

It is entirely up to you to determine whether or not a call is genuine. However, we strongly advise adopting a few precautions to avoid phishing or vishing fraud.

When you receive a spam risk, fraud, or scam likely call, the best thing to do is to ignore it. Even rejecting it is not advised from our experience. This is because most spam/scam calls are placed by robocallers and these robots will compile a list of active phone numbers.

See also  Do I Need An Antivirus Software For My Mac? | Comprehensive Guide for 2023

So if you answer or reject a call, then your number will be added to the list of active numbers. And now, you will be bombarded with even more calls. So we recommend you ignore the call and then place it on a blocklist. This way, you will have fewer calls from telemarketers in the future.

How are carriers determining this?

Signature-based Handling of Asserted Information Using toKENs (SHAKEN) and Secure Telephony Identity Revisited (STIR) are two technologies that work together to determine whether a call is being faked.

The SHAKEN/STIR system does not prevent calls; rather, it verifies that they are truly coming from the number that they claim to be.

This reduces the danger of number spoofing, such as calls from a number in your area code. It can also assist in reducing the number of numbers that are faked to appear to be from a real business, such as Apple or another tech firm.

How Your Phone Carrier is Labelling Incoming Robocalls

The major phone providers that already filter calls use the following terminology:

On the Caller ID screen, T-Mobile marks calls that it thinks are fraudulent as “Scam Likely” or “Nuisance Likely.”

In order to warn customers of potential robocalls, this company launched spam call detection in 2019. It uses the phrase “Spam Risk” (or occasionally, “Fraud Risk”) to do so.

In 2019, Verizon started providing free resources to recognise robocalls. The carrier flags unverified numbers that might be robocalls or scams as “Potential Spam.”

When spam or robocalls are detected, the free Sprint Call Screener Basic displays the words “Potential Fraud” on the screen. Sprint and T-Mobile have merged to create the third-largest national carrier as of April 2020. In the future, it is unclear how the combined business will identify calls.

Frontier will mark incoming calls as “Potential Spam.” All Caller ID users of Frontier have access to this function.

Of course, the SHAKEN/STIR technique isn’t without flaws. As a result, your device may receive incorrectly tagged calls.

This could mean that real calls are flagged, but it could also mean that fraudulent calls reach you.

In any event, we recommend notifying your carrier of the incorrectly recognized calls. The exact approach will differ depending on your carrier, so search out the specific instructions that apply to your network.

Can “Spam Risk” Be Wrong?

The Spam Risk caller ID is an automated feature from your carrier so there is a chance that it can be wrong. So you might miss important genuine calls because of the spam risk label. If you suspect that you missed an important call, then go ahead and check your call logs.

I have missed calls from delivery persons because of the spam risk label. And I have accidentally blocked important numbers as well. So I would advise caution and ask you to check the number before you block it. And if you are expecting an important call but think you missed it, check your call logs.

Are there any other options?

The call authentication approach for reducing scam and spam calls is adequate. However, it is far from the only approach to coping with those that irritate them.

Most importantly, the majority of these choices include some form of call blocking. Anything based on the SHAKEN/STIR protocol will detect spammy calls but will not block them automatically.

Of course, the majority of powerful call-blocking apps aren’t free. To enjoy most call-blocking capabilities, you’ll need to either pay a premium on your carrier bill or purchase an in-app membership.

How to stop iPhone scam calls

Scammers are most likely calling you as well.

Fortunately, your iPhone has built-in tools that can assist you in combating scam calls. To help you stop nuisance calls, you can enable the Silence Unknown Callers to function on your iPhone. This is disabled by default. When you enable this:

Here’s how to turn off Unknown Calls Silence.

You can also block individual calls on your iPhone. Incoming calls can almost always be classified as spam, robocalls, or fraud calls by carriers. However, it may not always be effective. If your carrier is unable to determine whether the caller is a spammer, this could be a viable option:

Go to Settings > Phone > Blacklisted Contacts to view and manage your blocked contacts.

Step 1 Download a spam call detection and blocking app from the App Store. With this function, you can download and install numerous apps from various app providers.

Step 4 Turn the app on or off under Allow These Apps To Block Calls And Provide Caller ID. The apps can also be rearranged in priority order. Simply select Edit, then drag the programs into the desired order.

What should you do if you receive calls from scammers?

Do not respond to these calls. You may inadvertently answer a phone call when you should not.

What happens if I answer a “Spam Risk” call?

You should avoid picking up calls labeled “Spam Risk,” just as you should delete spam emails rather than accept them (to stop encouraging the senders). When you see “Spam Risk” on your screen, press the decline button right away since answering a spam call is more bother than it’s worth! The following are some dangers of answering phony calls:

If you miss a call that seems to be spam but is tempted to return it just to be sure, resist the urge. There is a scam you should be aware of where the caller may appear to be local or at least to be in your nation, but they are actually calling from an overseas number that will charge you for the call.

Hopefully, all the information we have compiled for you has given you a clear idea about spam calls and why iPhone flags them that way. Let us know in the comments. Have you ever seen a notification that states “Your Computer Might Be Infected By Trojans” and wondered what is a trojan horse? Well to clear things up, Trojan Horse is a form of Malware that can cause some serious damage to your personal information stored on your desktop/laptop. Over the course of this article, I’m… 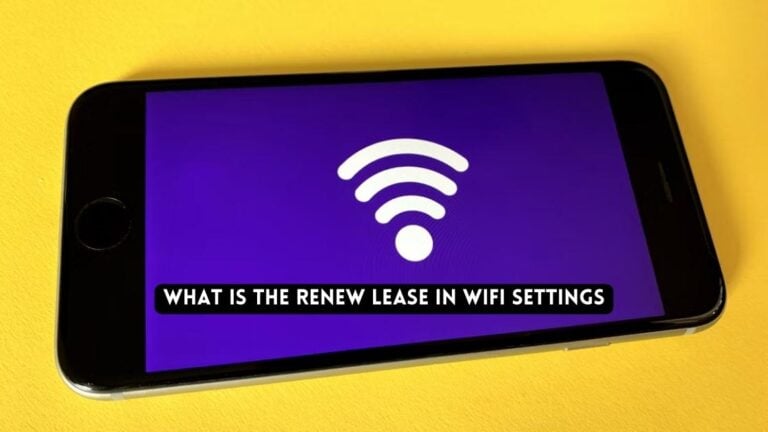 Face with Renew Lease setting in WiFi? Check out our guide on What is the Renew Lease in WiFi Settings. Are you having trouble connecting to a wireless network or dealing with other internet issues? It could be caused by a number of factors. The most common is that your router’s IP address is invalid… 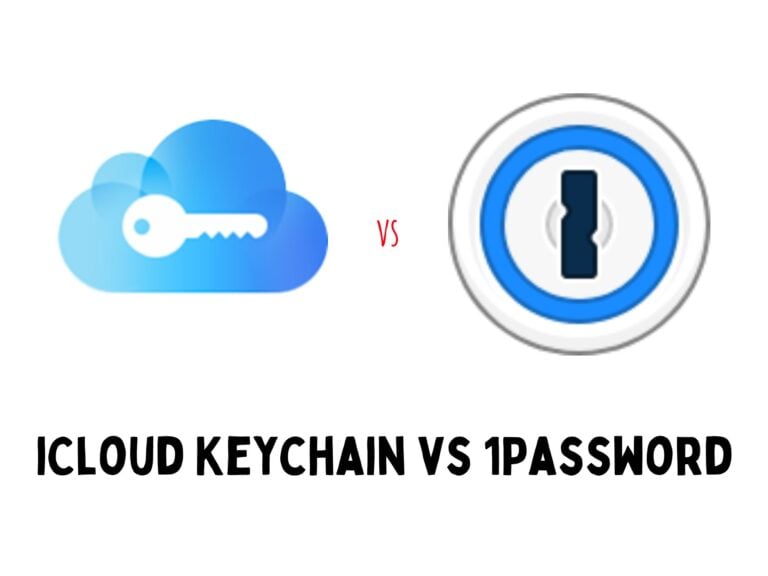 Can’t choose between iCloud Keychain and 1 Password? Check out our iCloud Keychain vs 1Password comparison for all the details between the two. iCloud Keychain is apple’s own password manager for your device. You can use it to save login information and use them to easily login when needed. But, users have had issues with… 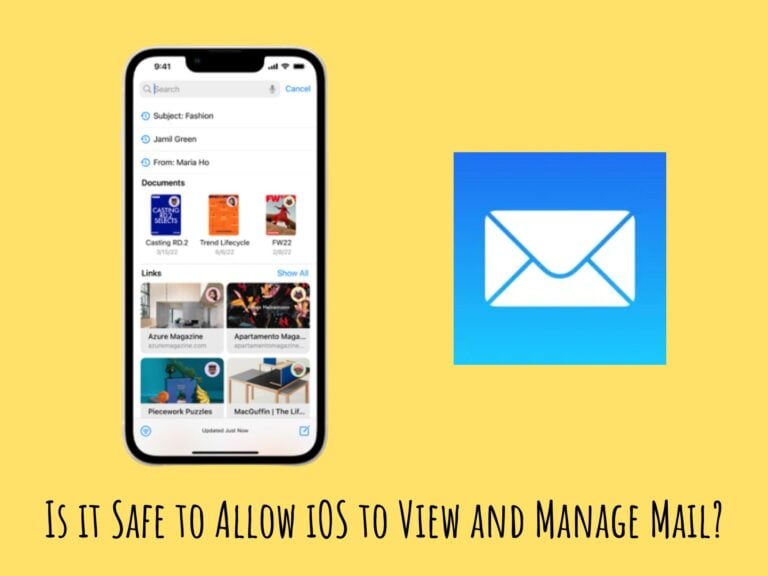 Is your Mac acting crazy or weird all of a sudden? Is it suddenly freezing up? Are you noticing performance drops? Are you seeing funny pop-ups all over your web pages? If you answered yes to any one of the questions, then your precious Mac might be infected by something called Malware. Don’t worry I’m…